There was a fair variety of racing on an otherwise relatively quiet day in race history.

Emerson Fittipaldi won another home continent grand prix on this day when he powered his Lotus 72D Cosworth to win the 1973 Gran Premio de Argentina. The only grand prix on this day went ahead in spite of political unease around General Juan Peron’s return from exile as the world champion and his and his JPS black and gold machine (above) picked up where he had left off a few months earlier to keep the Tyrrells of Jackie Stewart and Francois Cevert at bay.

There was racing as far back as 1934, when Karl Sundstedt steered his Bugatti T35B to victory in the Fredenloppet Ice race in Vasteras, Sweden. Meanwhile on the other end of the globe from there, two world champions found success in New Zealand Tasman series race. Dennis Hulme won the 1961 Dunedin Road Race in a Cooper T51 Climax and Jim Clark steered his Lotus 33 Climax to win the ’67 Teretonga International. 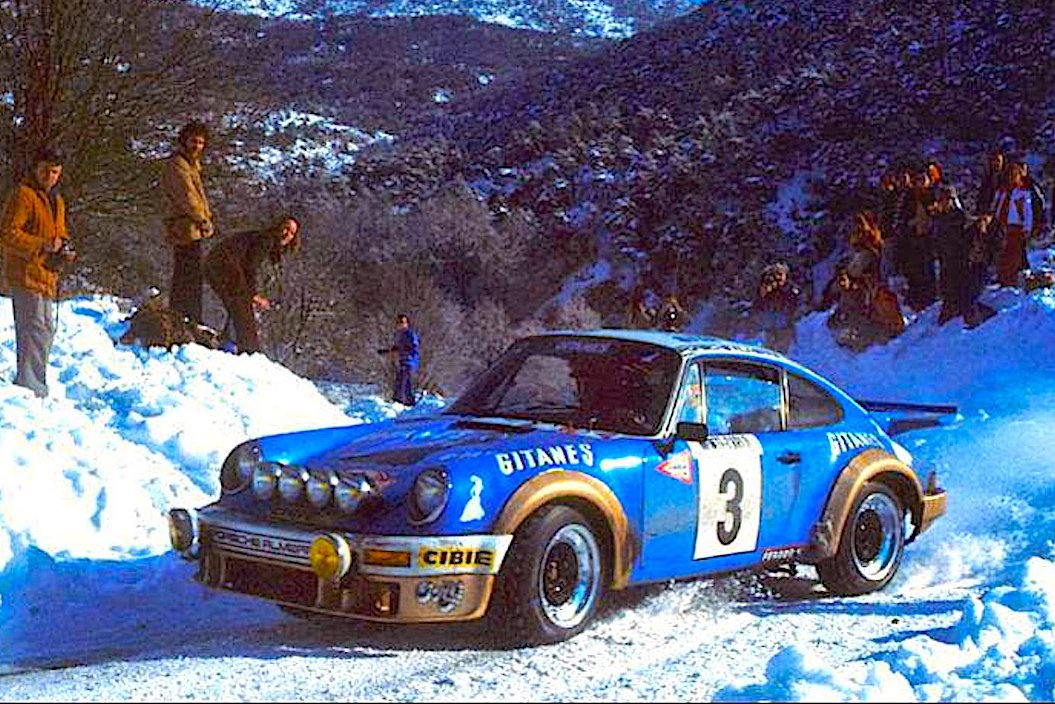 Back in the grip of the European winter, three Monte Carlo Rallies ended on this day. Sandro Munari powered to his third Lancia Stratos HF win and a record-equalling fourth Monte victory in 1977, Jean-Pierre Nicolas (above) won the ‘78 rally in a Porsche 911 and far more recently, 2018 Sebastien Ogier took his sixth Monte in a Ford Fiesta RS WRC.

In other news on this day, Rudolf Caracciola set a new 432 km/h speed record driving the Mercedes W125 Rekordwagen (below) on a stretch of German Autobahn Frankfurt and Darmstadt. That mark remains the fastest ever speed ever recorded on an albeit closed public road.

Alain Prost’s team became Formula 1’s first team to close in seven years when the four-time drivers champion cited the economic downturn following the US 911 attacks and a lack of investor interest on his day in 2002. There was trouble in F1 on this day in 2005 when only Ferrari turned up to FIA president Max Mosley’s conference to discuss rule changes. The meeting went ahead in their absence to the annoyance of the absent parties.

And motorsport lost a pre-war superstar when Jean-Pierre Wimille died aged 40 after crashing into a tree while practicing for the 1949 Argentine Grand Prix.