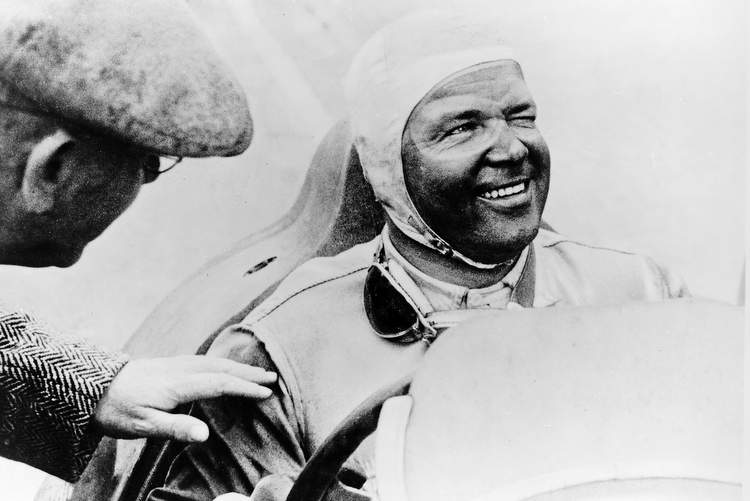 Some say Rudolf Caracciola was racing’s greatest all-rounder. We toast his 120th birthday with a look back at his incredible career. 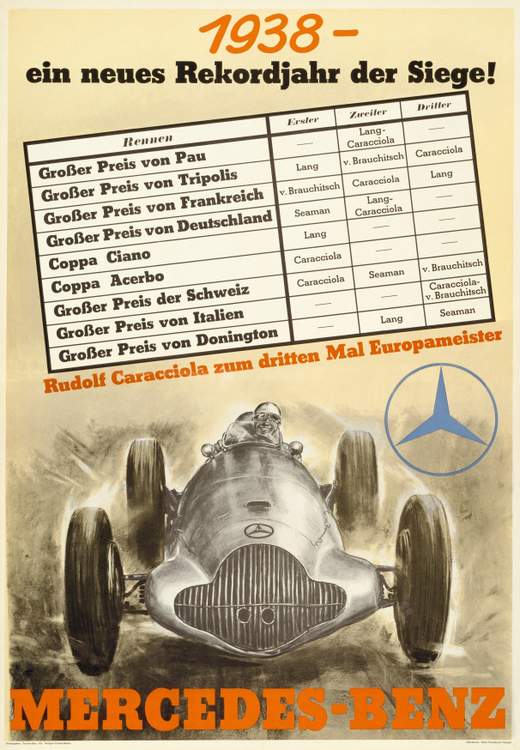 There were others even before Formula 1 too, like Mercedes-Benz works driver Rudolf Caracciola and the star of the first Silver Arrow era in the 1930s. Crowned European Grand Prix Champion in 1935, 1937 and 1938, in essence as significant as the F1 World Championship since 1950. Rudolf Caracciola was however a great all-rounder too – if not the best.

Born in the German town of Remagen 120 years ago, today 30 January 1901, Caracciola enjoyed great success, but also the odd tragedy, but his successes were sublime.

“Dream the impossible,” Lewis Hamilton offered on claiming his seventh World Championship with another victory at the Turkish Grand Prix last year. “Speak it into existence and never give up!”

Caracciola said something similar in his 1958 biography ‘Meine Welt’: “I believe that any human being can achieve what they want to achieve. “I wanted to become a racing driver ever since I was fourteen.”

Modern Grand Prix drivers specialise on Formula 1 – it takes their full focus, bit it was somewhat different up until well into the 1970s. Star drivers raced everything from Formula 1 and Formula 2 to sports and touring cars, hill-climbs and even rallies.

Rudolf Caracciola’s career spanned several racing eras and he also displayed a vast breadth of driving skill. His initial success in the 1920s grabbed Daimler-Benz’ attention and he was promptly signed as a works driver. Mercedes’ faith proved worthy and he was soon winning races and grands prix.

In one of his greatest drives, Caracciola was last to start the first German Grand Prix at Berlin’s Avus among a field of 38 of the world’s greatest drivers in 1926. There was a mid-race downpour, but Caracciola thrilled 230,000 crowd as used his supercharged straight-8 Mercedes to great effect to catch and pass all his competitors for the win.

His efforts earned him the reputation of a rainmaster, marking his breakthrough as one of racing’s greats.

Caracciola would go on to display his extraordinary versatility as a driver. In 1929 he sped to Isle of Man International Tourist Trophy victory at the wheel of the Mercedes-Benz SS. Then he won three consecutive European Hillclimb Championships: in a Mercedes-Benz SSK and SSKL in 1930 and ’31 and again in ’32 in an Alfa Romeo 2.6 Monoposto. 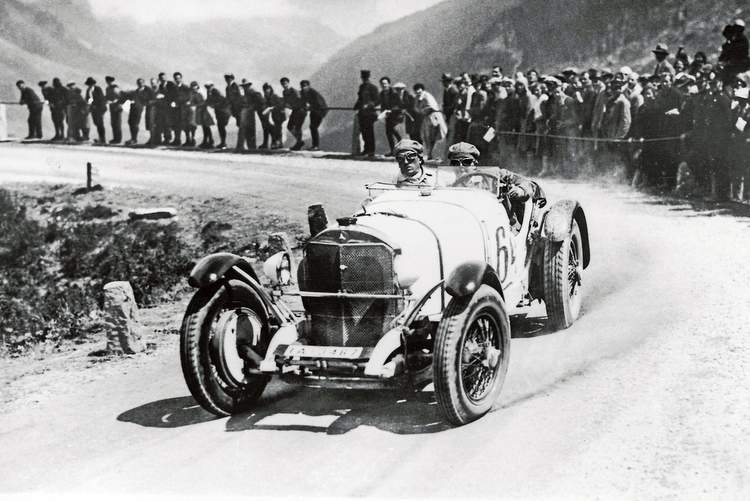 Also in ’31, Caracciola stormed on to become the the first non-Italian born driver ever to win the Mille Miglia (above), alongside several Grand Prix victories driving both Mercedes-Benz and Alfa Romeos.

The great depression however intervened in the early 1930s and forced the factory teams out of racing. Undaunted, Caracciola and his friend and rival Louis Chiron established Scuderia CC to keep on racing in 1933. But Rudolf lost control of his Alfa Romeo at the Monaco Grand Prix, crashed into a stone stairway and crushed his hip in the process.

After many months in hospital Caracciola emerged with his right leg five centimetres shorter than his left and would long continue to suffer constant physical pain as a result.

Rudolf was however not at all slower behind the wheel. “Caracciola claimed his greatest victories between 1934 and 1939 with such a physical disability,”  legendary Mercedes Benz team boss – the Toto Wolff of the 1930s, Manfred von Brauchitsch (with Caracciola below) pointed out. “It’s what made him valiant and gave him an air of being more than just human.” 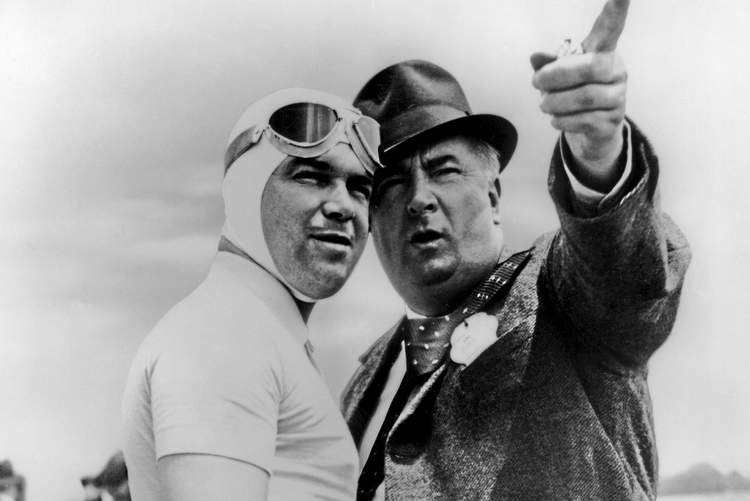 A personal tragedy shook Rudolf’s world at the end of 1933. He married to his friend Charlotte from Berlin, but his beloved Charly was tragically claimed by an avalanche on a 1933 skiing trip. Already a quiet and shy man, Rudolf withdrew into his shell, but he was cared for by his great friend Chiron and his partner Alice Hoffmann-Trobeck.

“The life I shared with Charly was subject to the harsh conditions of my profession,” Carraciola revealed in his memoirs. “She helped me train, she checked my times and my competitors’ times and guaranteed necessary relaxation periods after those tough months during the racing season.”

At about that time, Mercedes-Benz introduced its first-ever Silver Arrow – the 1934 W 25 grand prix machine. Designed for the 750-kilogram formula, it initially developed 260 kW before being upped to up to 363 k and good for a top speed beyond 300 km/h. 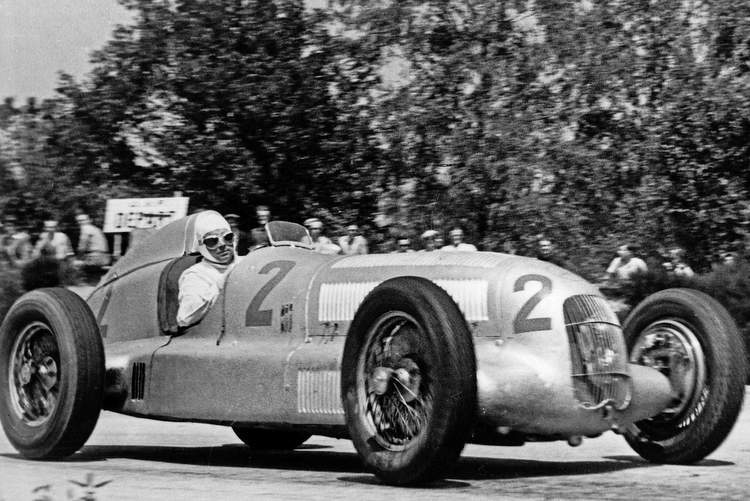 A synonym for high tech back then, the W 25 earned its Silver Arrow status after the team opted not to paint the car white and instead left it bare bare aluminium. That alloy’s silver hue earned it the name and the colour Mercedes’ fastest cars have eternally become known.

It was a brave racing era. For instance, until the 1950s, it was completely normal for drivers to not wear a seat belt or even a helmet. Never mind steering and braking forces were significant and drivers had no electronic support or radio link to the pit lane.

The W 25 was immediately successful, claiming two victories at Grandes Épreuves amongst others. Caracciola found success with the evolved W 25 (above) the following season as he dominated the European Grand Prix Championship and repeated his success with a just as forceful displays driving the new W 125 in ’37 (on his way to winning in Monaco below) and aboard the W 154 in 1938. 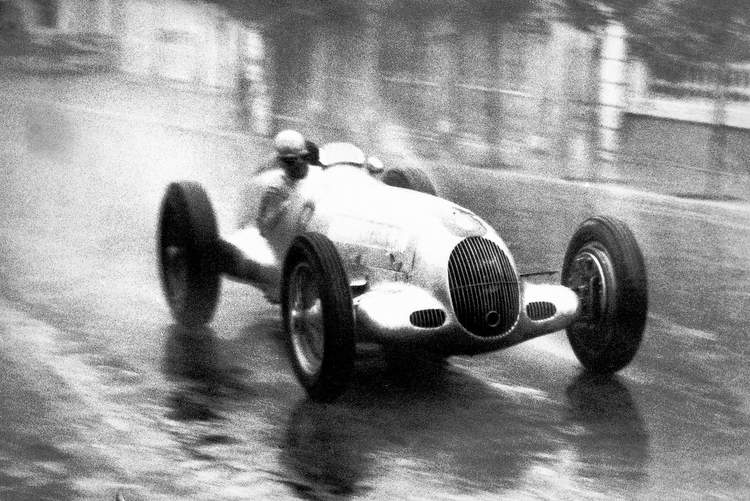 “Rudolf is probably the greatest of all time,” Manfred von Brauchitsch said. “He drove as if the car was on railway tracks and was also a fully fledged, down-to-earth driver who was as cold as ice and clever too.”

Rudolf had meantime dated Alice Hoffmann-Trobeck and the couple married in 1937. A worldly and independent woman, Alice later admitted that she felt at ease around Rudi, something which she had missed with the charming Monegasque Chiron.

As if his broad ability behind the wheel was not enough, Caracciola steered the Mercedes-Benz W124 Rekordwagen streamliner (below) to a 432.69 km/h to world flying kilometre speed record on the Frankfurt–Heidelberg Autobahn in January 1938. His public road record would take 79 years for a Koenigsegg to break in 2017.

Caracciola was teamed with a with a driver said to be of equal ability for the 1939 season. A former racing mechanic Hermann Lang was not only in Caracciola’s own opinion stunningly fast, but also highly technically capable and a wizard of and tactics.

As so often happens with two great drivers in the same team, there was a degree of competition as Caracciola demanded the Mercedes Board handed him ‘the same weapons’ as his teammate. Clearly they concurred as Rudi stormed to a sixth German Grand Prix victory in 1939, adding to his 1926, ’28, ’31, ’32 and 1937 successes.

That was on the eve of the outbreak of World War 2. Caracciola spent the majority of the War at his villa overlooking Lake Lugano, living off a ‘revocable allowance’ and unable to do much beyond gardening and an occasional gentle cycle with his gammy leg.

He returned to Mercedes-Benz 1952, playing a key role in the company’s Monte Carlo Rally win with a Type 220 W 187 Saloon, before driving a 300 SL to fourth in the 1952 Mille Miglia with Paul Kurrle, 21 years after winning that great race. 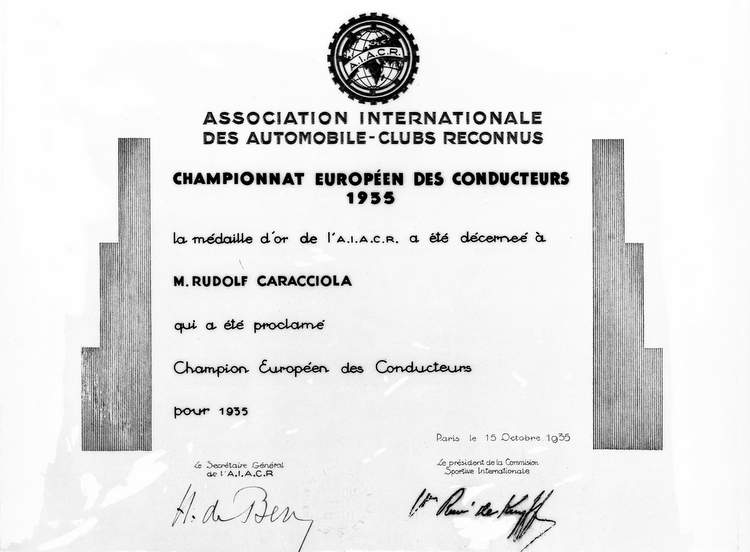 Caracciola’s last race was at the Swiss Grand Prix at Bremgarten in Bern, Switzerland in 1952, 30 years after his 1922 debut at Avus. His Mercedes 300 SL locked its left rear wheel, Caracciola lost control and the car slammed into tree. He was rushed to hospital, where he remained for several months, his good leg now also injured.

At 51, Rudolf Caracciola’s incredible racing career was over. He would remain closely affiliated to ‘his’ Mercedes-Benz brand, attending many events as a highly respected brand ambassador until September 1959, when he ended up in hospital again. This time not as a result of a racing accident.

He was diagnosed with advanced liver disease and few days in a coma, Rudolf died on 28 September 1959 in Kassel, Germany.

“Rudolf Caracciola merged an extraordinary level of reliability, concentration, physical endurance and intelligence,” a distraught Alfred Neubauer admitted after his death. “Only Fangio is in the ‘absolute world-class’ category together with Caracciola.” An incredible accolade from a man who knew the very best, intimately.

“Rudi will remain unforgotten for a long time – a silver lining in racing drivers’ skies,” Alice Caracciola wrote ten years after her husband passed. A fitting tribute to a man whose many victories in grands prix, road and endurance races, hillclimbs and record breaking will always stand him apart as an undisputed champion. – Paul Velasco & Michele Lupini 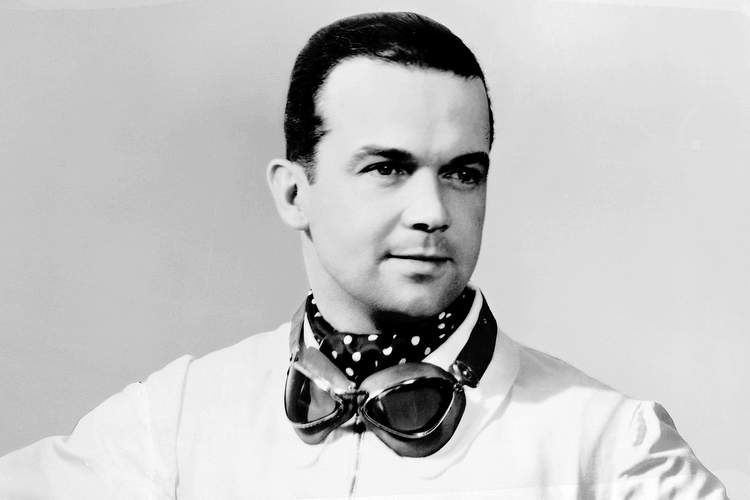