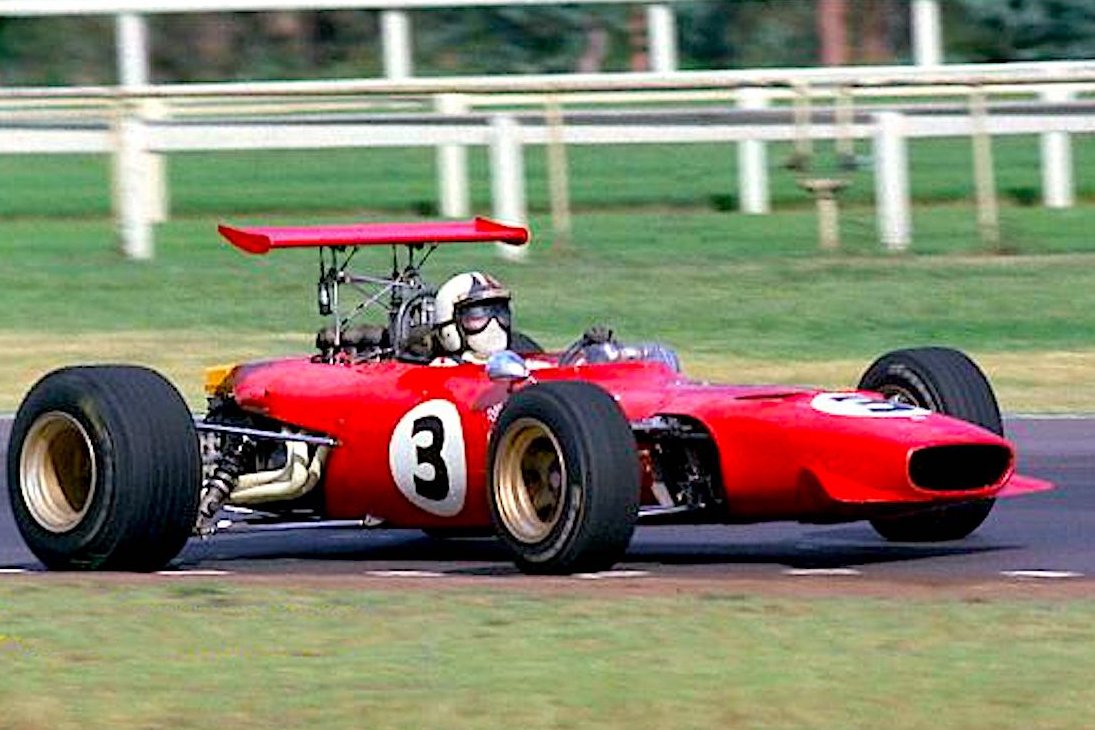 Race seasons continued in the vastly differing north and south climates on this day over the years.

The biggest race today in race history was in 1958, when Juan Manuel Fangio added the Gran Premio Ciudad de Buenos Aires to his growing collection of home wins in blistering heat driving a Maserati 250F (below).

Elsewhere it pretty cold when Per-Viktor Widengren slid his Alfa-Romeo 2300C Monza to victory in the 1936 Langforssjöloppet ice race in Sweden. 27 years later, Ross Jensen raced his BRM Buick Scarab to Summer Trophy honours a, while Jim Palmer’s Lotus 20B Ford 1481cc Waimate 50, both at Pukekohe in the New Zealand heat, today in 1963.

And Chris Amon (top) won another Grand Prix on this day, that being the 1969 Australian GP driving a Ferrari 246T at Lakeside, Queensland. Alas , often second, Amon never won a world championship GP. 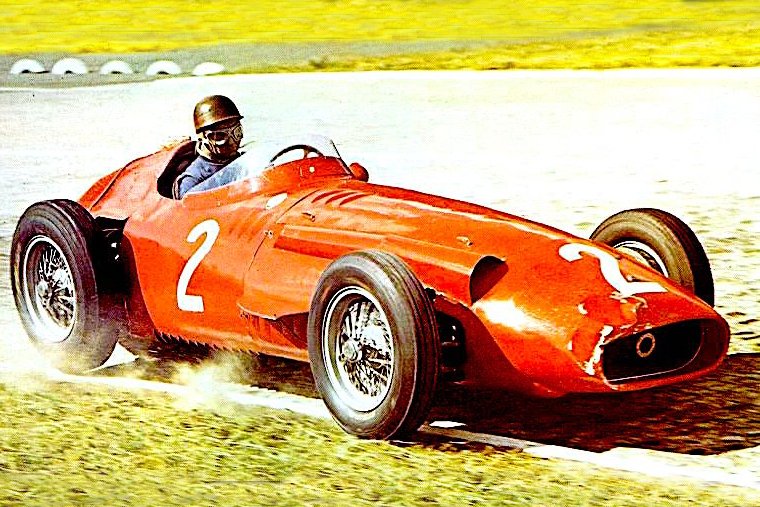 It’s Daytona 24 time and in 1969, Mark Donohue and Chuck Parsons drover Roger Penske’s unfancied Lola T70-Chevrolet (below) to victory as the factory Porsche and Ford entries all found trouble. In 1975, Peter Gregg and Hurley Haywood’s GT 911 Carrera RSR won by 15 laps ahead of a Porsche top six clean sweep.

And then a GT Porsche 911 won it again in 2003, when Jorg Bergmeister ,Timo Bernhard Kevin Buckle and Michael Schrom’s GT3-RS took the flag first. Sticking with GT racing on the other side of the world, Jordan Pepper, Jules Gounon and Maxime Soulet’s Bentley Continental GT3 stormed to 2020 Bathurst 12 Hour honours. 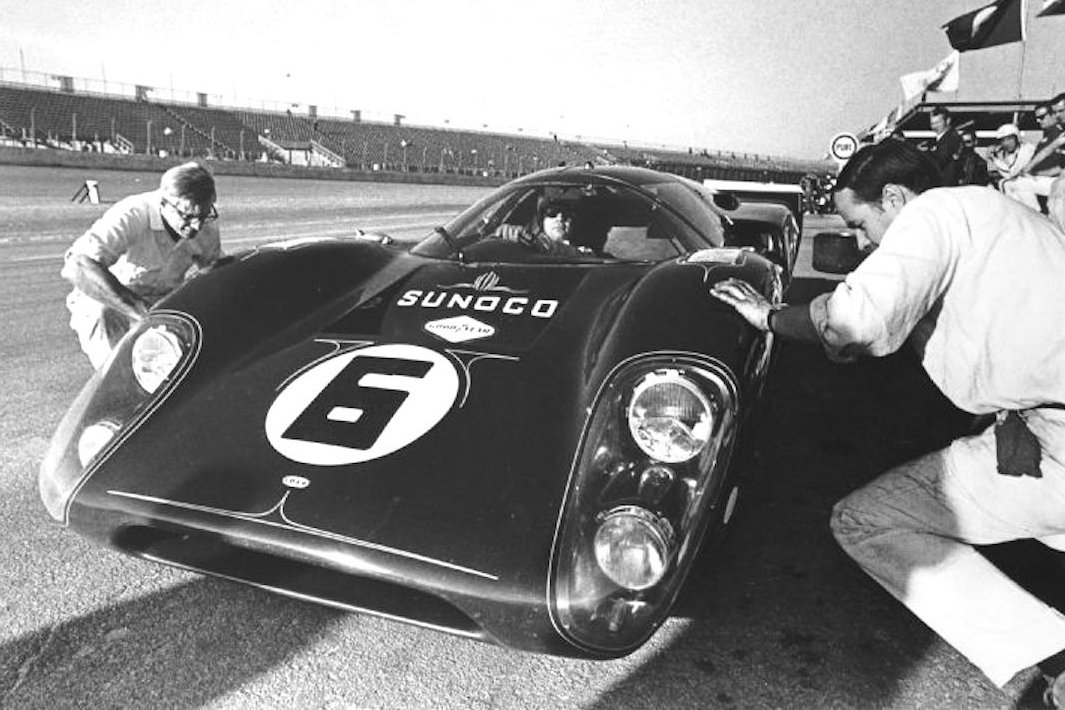 It was back to the cold in the only World Rally Championship round on this day, when Marcus Gronholm parted the snow to win the 2002 Rally Sweden in a Peugeot 206 WRC. And in a complete change of discipline, Bob Glidden was the first NHRA Pro Stock driver to make a 7.5-second quarter-mile pass at Pomona, California in 1985.

Away from the racetrack in the year 2000, Eddie Jordan called on F1 bosses to ‘strive earnestly’ to put Africa back on the schedule, seven years after the last South African Grand Prix and a few months after Bernie Ecclestone visited Egypt to discuss plausible race there. In 2004 Jenson Button’s BAR smashed the Barcelona lap record in testing as the Englishman promised ‘there’s more to come.’ BAR ended second behind Ferrari that year.

The following year ‘test driver’ Chanoch Nissany – present F2 lad Roy’s dad signed with Minardi to became Israel’s first F1 pilot and in 2008 Bernie blasted Ron Dennis on the $100-million McLaren Spygate fine: “It’s been going on in F1 for years — if McLaren had come clean and owned up none of it would have happened the way it did.”