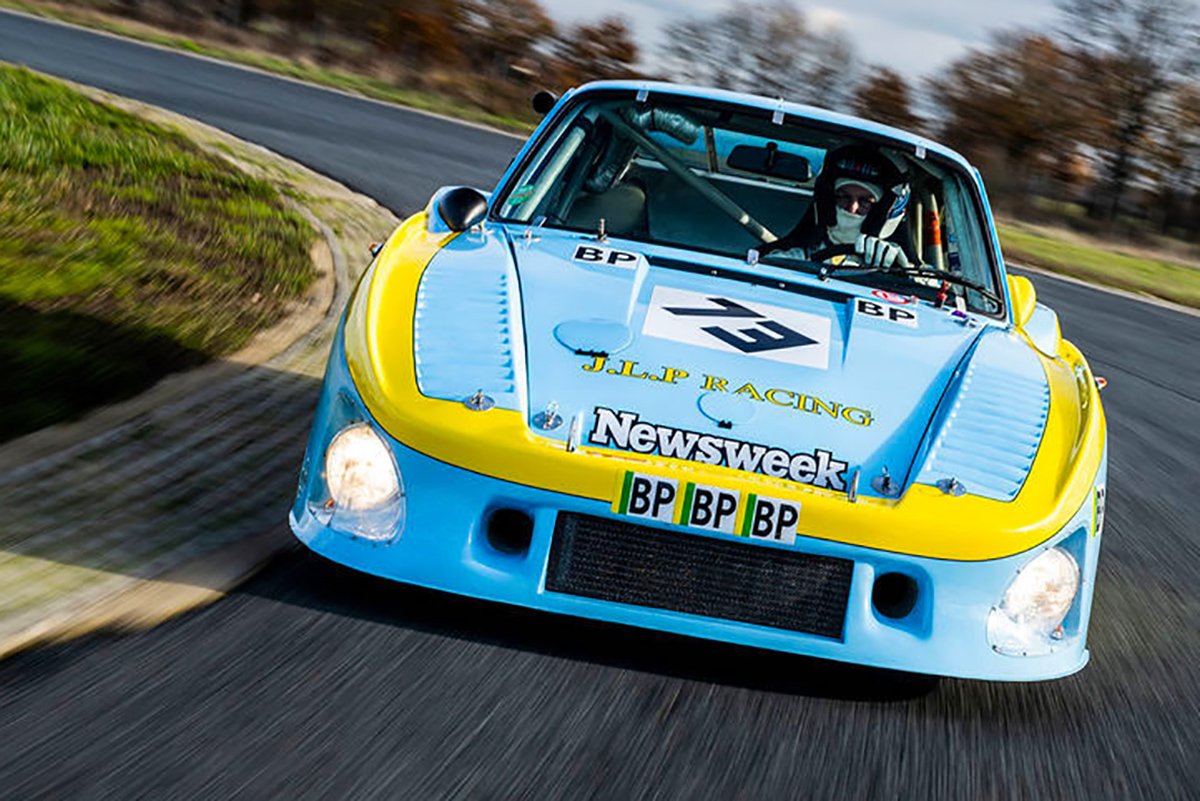 Classic car collectors often want vehicles with a special story to tell. Like Al Capone’s Cadillac or Hitler’s Merc. Or a Ferrari that raced Le Mans, a race car with a winning pedigree. And now you can have the best of both worlds.

This Porsche 935 JLP-2 may be notable for finishing ninth overall and second in Group 5 in the 1980 Le Mans 24 Hour in John Paul Senior, John Paul Junior and Brit Guy Edwards’ hands, but it is also famous for other reasons. Well, let’s re-phrase that — it’s infamous for all the wrong reasons!

John Lee Paul was born Hans-Johan Paul in Holland in 1939. He emigrated to the ’States, where he studied economics and went on to make millions as a fund manager on Wall Street. Paul Senior however also had a sideline business, which only became apparent when he was bust with 710 kilograms of hashish in Louisiana. He fled, but spent six months in a Swiss prison for a forged passport. 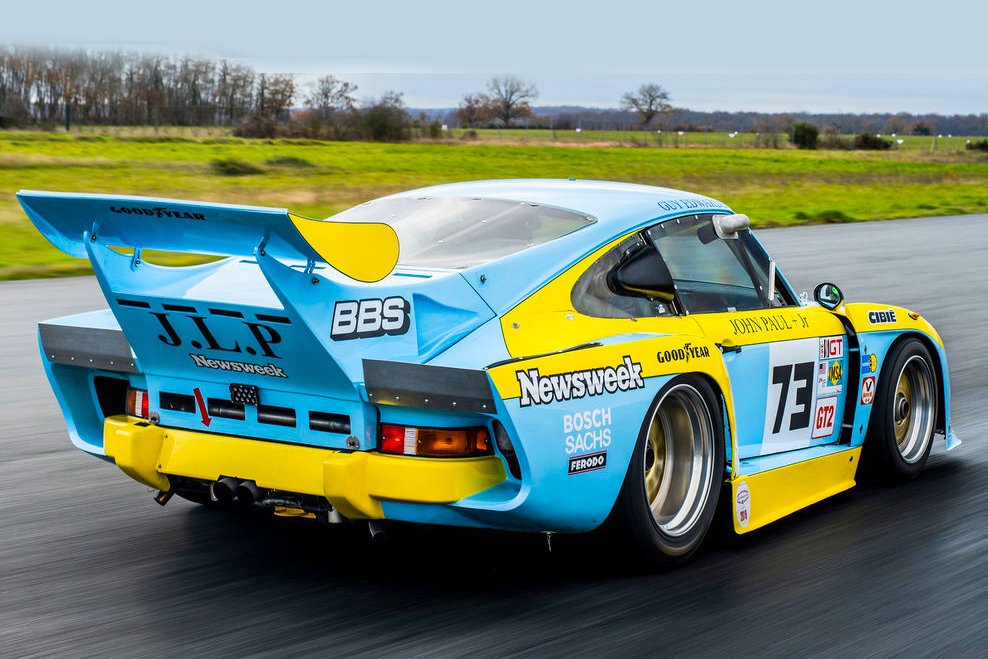 Senior was then extradited back to the US and sentenced to 25 years in prison for attempted murder and drug smuggling. Released in ’99, Paul and his former wife and a later partner’s whereabouts remain unclear. Son John Jr. also served time, but he returned to the wheel following his release, going on to win a second Daytona and adding a Sebring victory to his CV in 1997. John Paul Jr. died aged only 60 following illness in December 2020.

John Paul Senior’s whereabouts may remain sketchy, but his incredible Porsche 935 JLP-2 has been present and accounted for throughout its history. 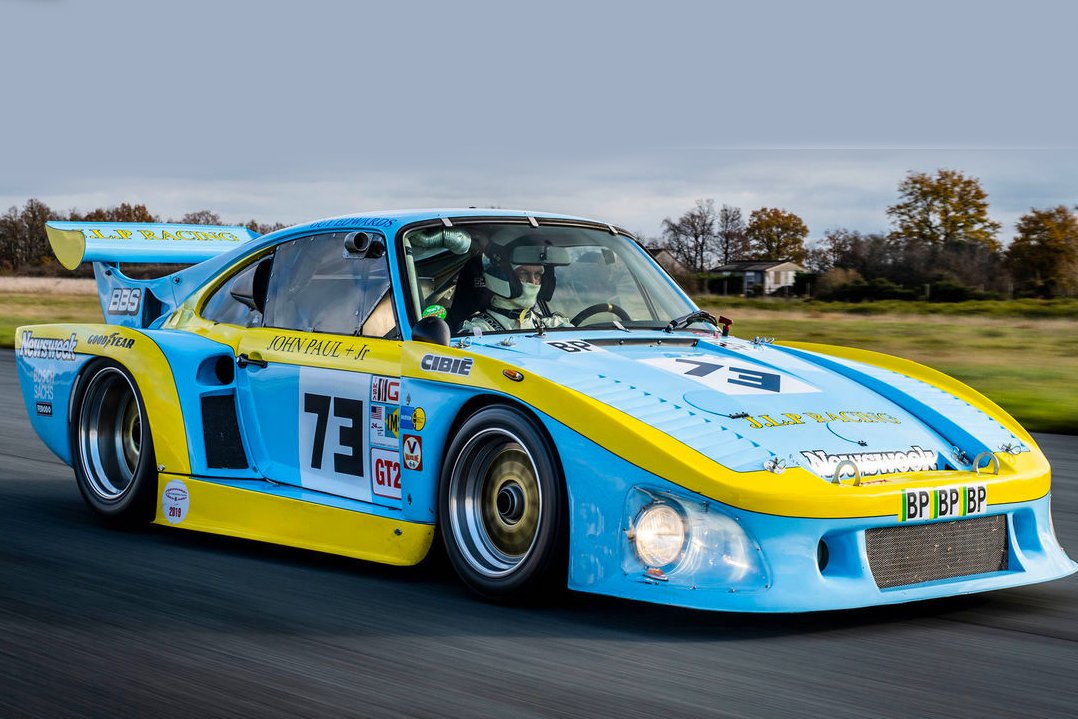 This particular car is known as JLP-2 and was built after Paul’s original JLP-1 chassis was destroyed in a race accident. Custom built, Paul Sr. bought the chassis, engine and a few other components from Porsche. The body is off a Kremer 935 K3, its chassis is stiffer and lighter and its 3.2-litre boxer-six stronger too. Its twin KKK turbochargers have a manual boost knob and Kugelfischer fuel injection to develop around 750 hp.

Paul Senior and Junior last drove the car in the ’81 Daytona 24 Hour before selling it to ML Speer, who shared JLP-2 to third behind the victorious JLP-3 in the Sebring 12 Hour with Terry Wolters and Charles Mendez. 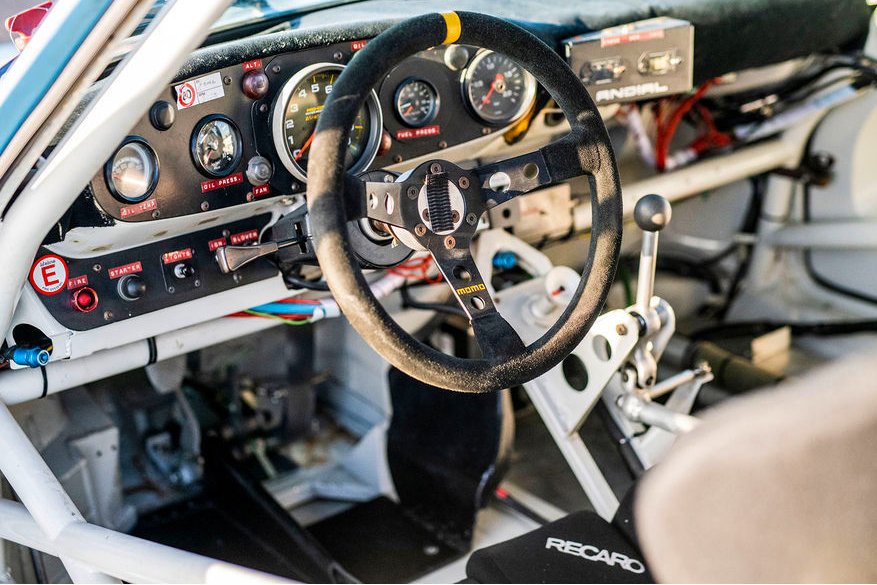 For sale right now at snip through RM Sotheby’s, you can own this incredible conversation piece for $ 2.1 million. A conversation piece because Porsche 935 JLP-2 is also part of a far greater story. See, its original owner, John Lee Paul was a successful race driver and team boss who owed and raced several Porsche 935s.

JLP-2 raced more than 40 times between 1980 and ’85. John Paul and his son John Jr. went on to win the 1982 Daytona 24 Hour with Rolf Stommelen driving this car’s 850 hp JLP-3 successor, in which Junior also became the youngest ever driver to claim the IMSA title aged 22 on 1982. But that’s when the trouble started. 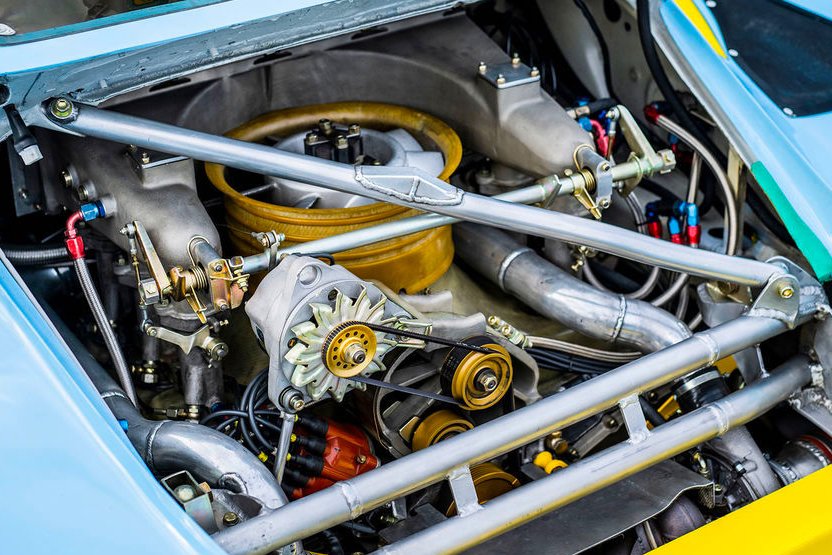 Speer then sold the car to a collector in 1985, before it was restored by Californian Porsche experts Andial ten years later. The car was then acquired by a French historic racing enthusiast,who restored JLP-2 back to its 1980 Le Mans glory at Crubilé Sport in 2015. The car has twice since competed in the Le Mans Classic and the Dix Mille Tours de Castellet.

Porsche 935 JLP-2 once again available for sale at RM Sotheby’s at $ 2.1 million. Now there’s a most interesting investment with a hell of a story to tell!