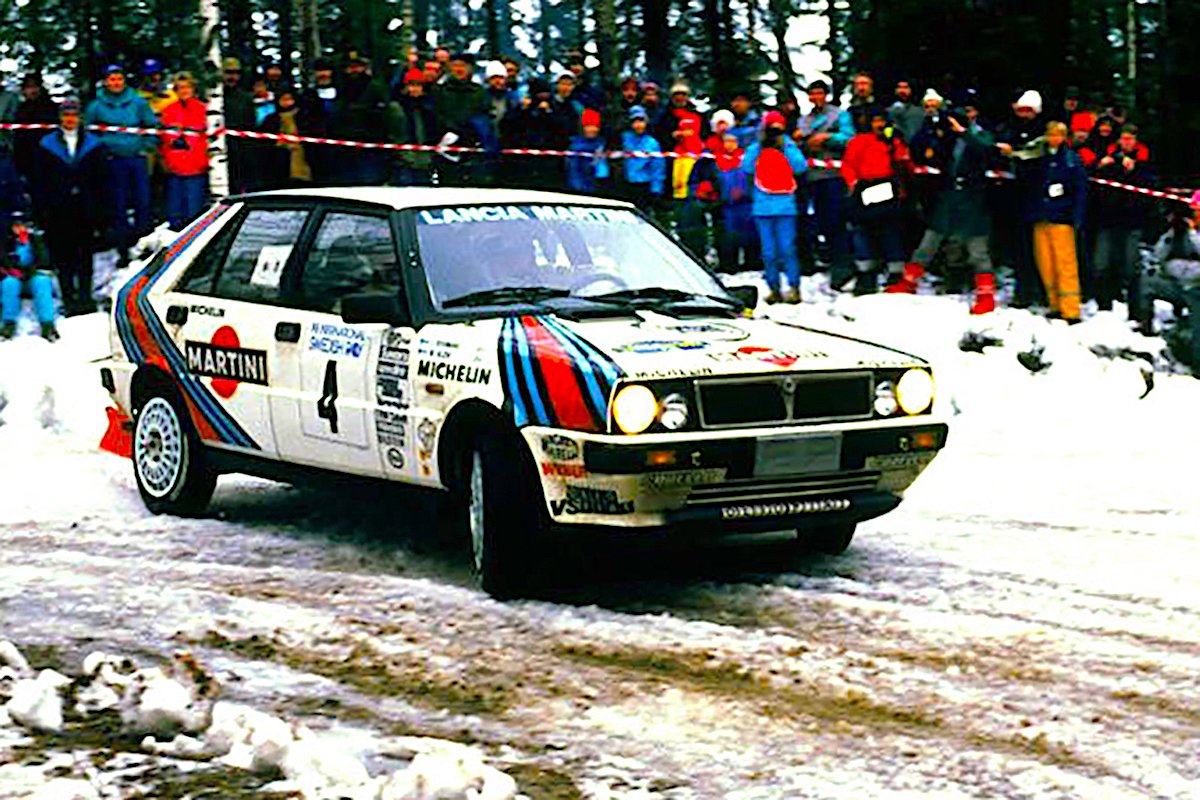 We take a video trip down memory lane – to when Rally Sweden went down this week in 1988.

The final appearance of the all-conquering Lancia Delta HF 4WD prior to the arrival of the new Integrale was confidently expected to keep the marque in the forefront of World Championship rallying. Bruno Saby had won the first round at Monte Carlo and in the expected Swedish snows Markku Alen and Mikael Ericsson were bound to be to the fore.

Opposition would come from Mazda with Hannu Mikkola and Timo Salonen, Ford with Stig Blomqvist and Opel with Malcolm Wilson as well as private Deltas driven by such experts as Per Ekland. As this superb video shows, the mild weather experienced on the Monte continued in Sweden, but it didn’t unduly rob the event of excitement. Indeed, in some places the speeds on snow neared those on dry tarmac.

Flat out through the slush and snow banks, the world’s top drivers showed just what can be done when road conditions comprise a mixture of all terrain. The cameras are in all the right places to capture the action and there are interviews with the drivers, shots of the service crews at work and viewpoints from all angles throughout the event.

There was the added attraction of seeing if Markku Alen could take a further step towards his ambition of overtaking fellow Finn Hannu Mikkola as winner of most World Championship rallies. Get the full season review as a download or DVD from Duke Video.