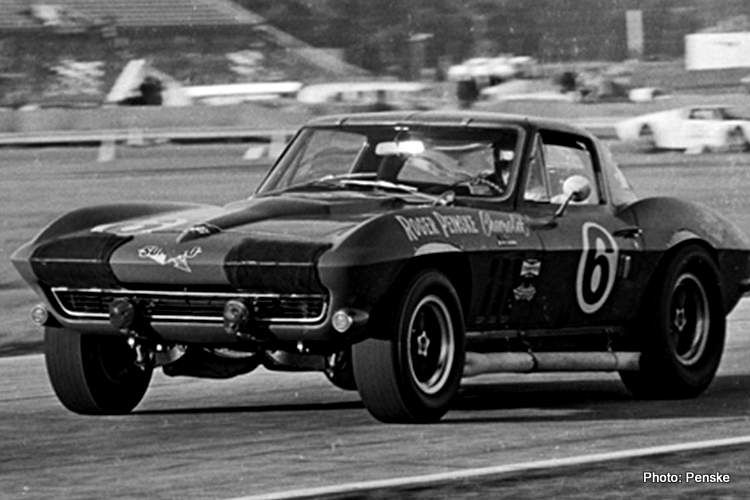 It was the year that the Houston Astrodome was constructed and Adam Sandler and Mike Tyson were both born.

The U.S. population was 195 million and there were 500,000 of the country’s troops in the jungles of Vietnam. 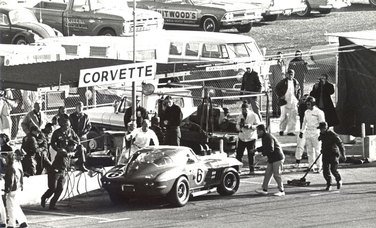 Not long after Adam West (Batman) and Burt Ward (Robin) began battling The Joker and The Riddler, in the debut of the popular television series “Batman” in January of 1966, one of the most successful sports organizations entered its first race on the hallowed grounds of Daytona International Speedway – the Rolex 24 endurance classic.

Back then Team Penske was known as Roger Penske Racing. The team’s namesake was just a few months removed from his retirement as a very successful racecar driver himself. Roger Penske made the decision to walk away from competing behind the wheel to focus his attention on growing his business initiatives, a move that would eventually result in the formation of one the most respected business organizations in North America – Penske Corporation.

After a trip with his father to the 1951 Indianapolis 500, racing became a passion and pursuit for Penske. He knew from his first visit to the famed Indianapolis Motor Speedway that motorsports would become an important part of his life. As he became a winning driver and put together a career that resulted in him being named Sports Illustrated Sports Car Driver of the Year in 1961, Penske remained focused on the future.

Once he made the decision to retire as a driver, Penske formed a race team to fuel his fire for competition. The team made its debut at one of the most prestigious races in the world and the memorable maiden voyage for Team Penske set the stage for the standard of excellence that has become part of Team Penske’s DNA. 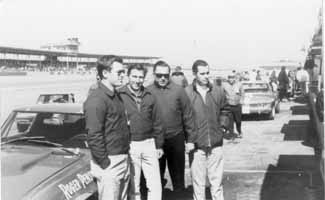 Dick Guldstrand, George Wintersteen and Ben Moore were selected as the driver lineup for the No. 6 Chevrolet Corvette Stingray that raced in the GT Class of the Rolex 24 at Daytona on February 5-6, 1966.

The result of the race revealed the determination and the ingenuity of the team and served as a microcosm of its future and its legacy. The 1966 event at Daytona marked the first 24-hour iteration of the race and anything can go wrong racing over a 24-hour period. During the night session of the endurance event, the team suffered significant damage to the front end of its machine, which knocked out the headlights on the Corvette.

The team repaired the car so it could race, but officials would not let the entry continue without proper illumination in the dark, so Penske and the team taped two flashlights into the car’s headlight cavities during an extended pit stop and the No. 6 returned to action and captured the GT Class victory.

Not only did the team win its class, it also finished 12th overall in the race. As the No. 6 Corvette finished 48 laps ahead of its next-closest competitor in its class, the team established a new GT record.

Roger Penske Racing followed up its successful debut just a few weeks later generating another class victory in another of the great American endurance classic races, the 12 Hours of Sebring.

The Daytona 24-hour victory marked the first triumph in a ledger that lists over 580 more, along with 40 national championships, 18 Indianapolis 500 victories and two wins in the Daytona 500 over the last 55 years. A “Who’s Who” of drivers have competed under the Team Penske banner in NASCAR, INDYCAR, IMSA, Formula 1 and other racing series around the globe. 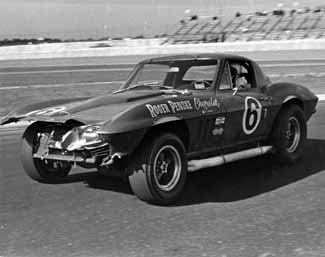 All of it, however, can be traced back to that early February day in Daytona Beach, Florida, when a three-man crew found a way to not just finish, but win their first race, with flashlights as headlights, and to a founder and leader that has helped take the sport and industry forward.

Today, the average cost of a new home in the United States is $340,000. The average salary? That would be somewhere in the ballpark of $82,000. And the Dow Jones Industrial Average soared past the 30,000-mark last year.

As Bob Dylan once sang, “the times they are a-changin.” However, one constant remains the same as it did in February of 1966 – Roger Penske and Team Penske still know how to win races.