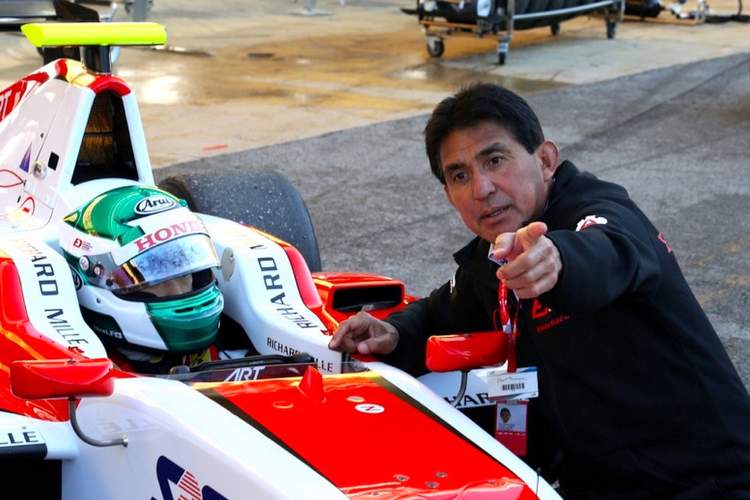 With Honda pulling out of Formula 1 for yet another time, it is telling to look back when the Japanese auto-giant dropped the ball at the end of 2008.

Former F1 driver and team owner Aguri Suzuki believes that Honda made a mistake pulling out of Formula 1 at the end of 2008, while having a swipe at the current state of the sport at the highest level.

Super Aguri was a Honda B-team of sorts that competed in F1 from 2006 until May 2008, with the works team spearheaded by Jenson Button and Rubens Barrichello. The ‘junior team’ which was run by Suzuki folded after four races into the 2008 season due to lack of funds.

Japanese manufacturer’s pull-out at the end of that season will always be remembered that the team, valued at $200-million at the time, was sold to Ross Brawn for a dollar and then went on to win the championship in 2009 as Brawn GP with Mercedes power that had replaced the Honda engines.

Speaking to reporters at Suzuka recently, Suzuki spoke to Auto Hebdo about the decision a decade ago, “Honda’s biggest mistake was to have stopped their F1 program at the end of 2008.”

“They should have kept a presence in F1, if only as an engine supplier. They stopped everything and had to rebuild everything. If there had been continuity, they would not have had so many difficulties and would not be where they are now.”

With regards to the modern era Formula 1, Suzuki pointed out, “Formula 1 should be all about the drivers! It is a sport of flesh and bone before it is a mechanised sport, and maybe that has been forgotten in recent years.”

“They have to stop with all these rules that complicate the show so much. Fans do not understand what is happening on the track and I suspect that many professionals in the paddock understand very little too.”

As for his current role in the sport, 58-year-old Suzuki revealed, “I’m helping Tadasuke Makino and Nirei Fukuzumi (in Formula 2) who are good prospects, but I do not know what their future holds. It’s all about Honda, who are investing heavily to develop young talent for F1.”

Suzuki qualified for 64 F1 grand prix starts out of 88 attempts and scored a podium driving a Lamborghini powered Lola at his home Japanese Grand Prix in 1990. His active years in Formula 1 as a driver were from 1988 to 1995, a period in which he raced for Larrousse, Zakspeed, Footwork, Jordan and Ligier.