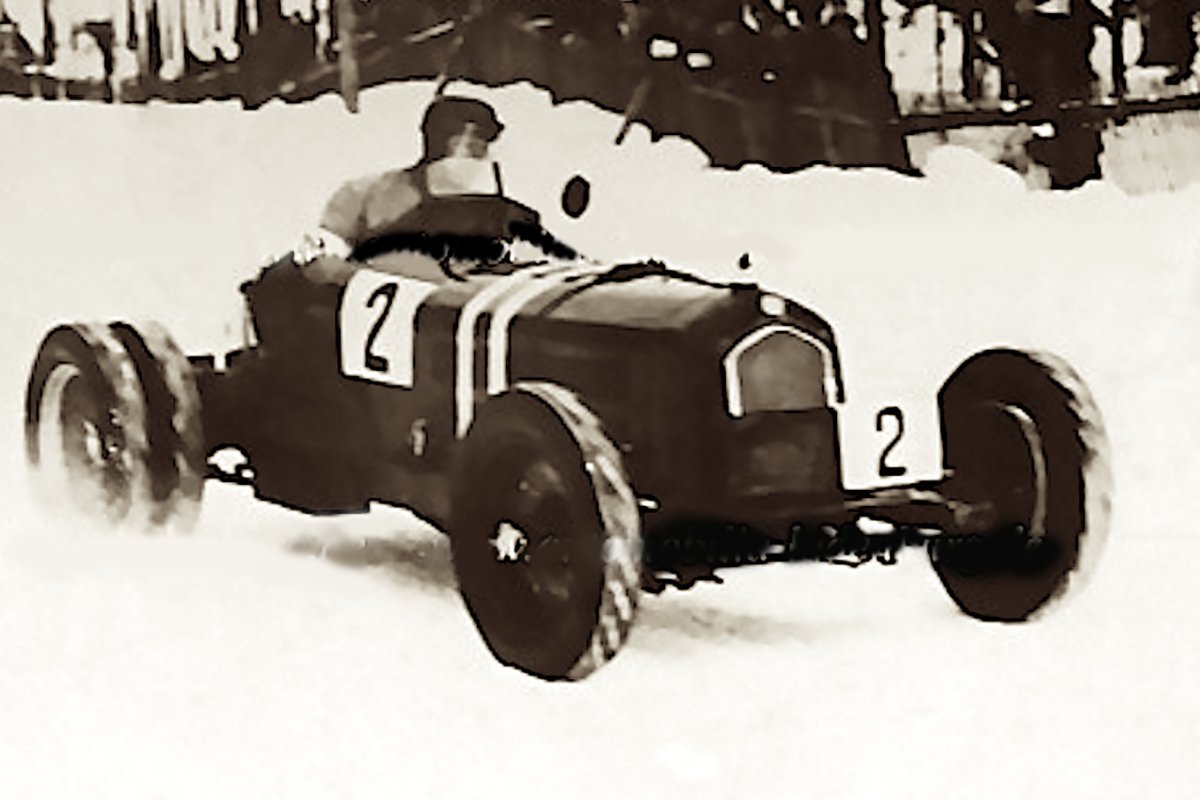 Looking back in race history, 13 February proved lucky for some in an international and varied day of racing.

Eugen Bjornstad drove his Alfa Romeo 2300 8C Monza (above) to victory in the 1937 Stockholm ice race on a frozen Flatenloppet, while it was anything but cold when Nino Farina took his Ferrari 125 to victory in the 1949 Argentinean Temporada race in Rosario.

Moving down under in 1960 Johnny Mansel won the Waimate Street Circuit 50 in a Maserati 250F, while John Riley won that same race in a Lotus 18/21 Climax in 1965. Frank Matich took his Matich A50 Repco-Holden to 1972 Warwick Farm 100 honours and Warwick Brown took the ‘77 Surfers Paradise International 100 in his Lola Chevrolet.

On the same day in 1977 back up in the Arctic wastes of Sweden, Stig Blomqvist steered his, Saab 99 EMS (Below) to victory in the annual World Rally round there. It was Hannu Mikkola’s turn to win Rally Sweden in his Audi quattro A1 in 1983, while Marcus Gronholm won in 2000 in a Peugeot 206 WRC, Petter Solberg 2005 in a Subaru Impreza and Mikko Hirvonen driving a Ford Fiesta RS in 2011 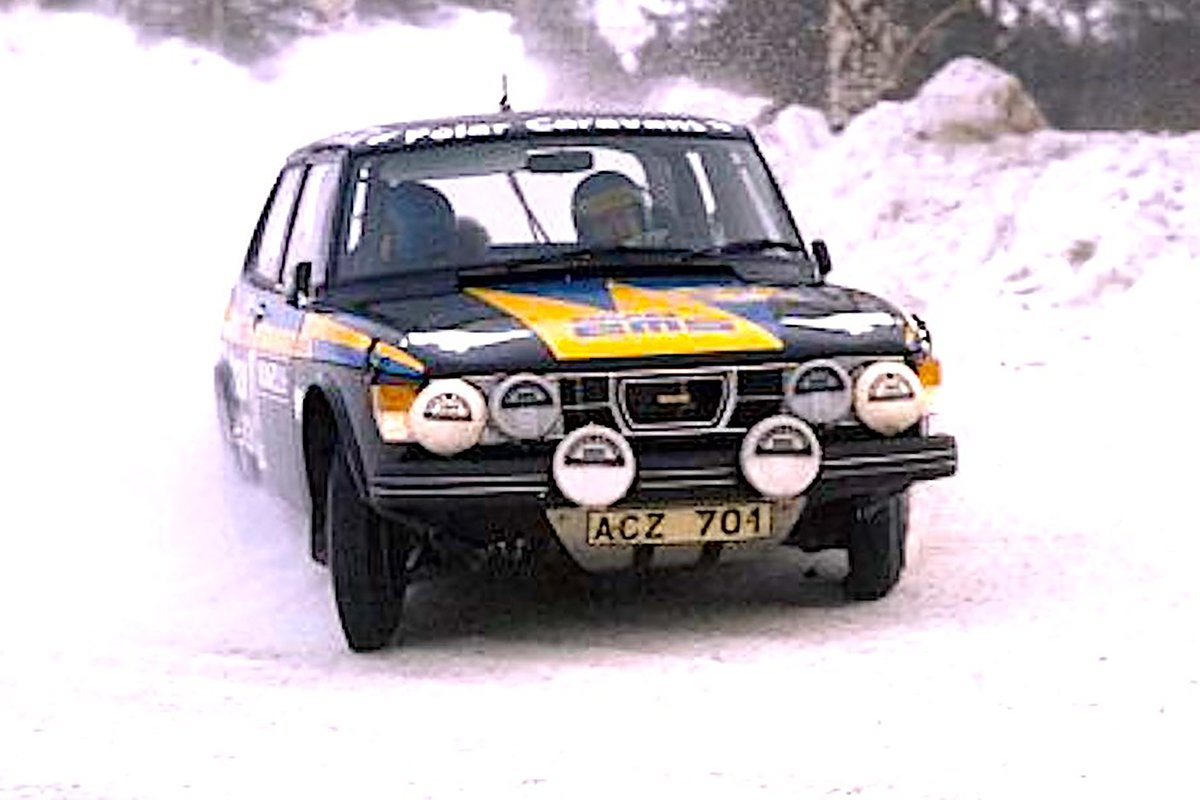 Enzo Ferrari finally yielded to the obvious to roll out his first ‘rear-engined’ Formula 1 car (below). Actually mid-engined, the famous ‘shark nose’ Dino 156 was all-new as it also complied with F1’s new for ‘61 reduction of engine displacement from 2.5 to 1.5 litres. It was a bittersweet car for Enzo, who had always believed the ‘horse should be in front of the cart’ as Phil Hill went on to take the ‘61 title, but teammate Wolfgang von Trips also tragically died in a Monza catastrophe that also claimed fifteen spectators’ lives.

This time of the year is also notorious for Formula 1 click bait as teams jockey for a slice of the off-season media spotlight ahead of the coming season, just as we saw again this week with Lewis Hamilton’s long-awaited signing. It was another multiple champion who was in the news today in 1997, when Alain Prost announced he’s just acquired Ligier to establish his own Prost F1 team. 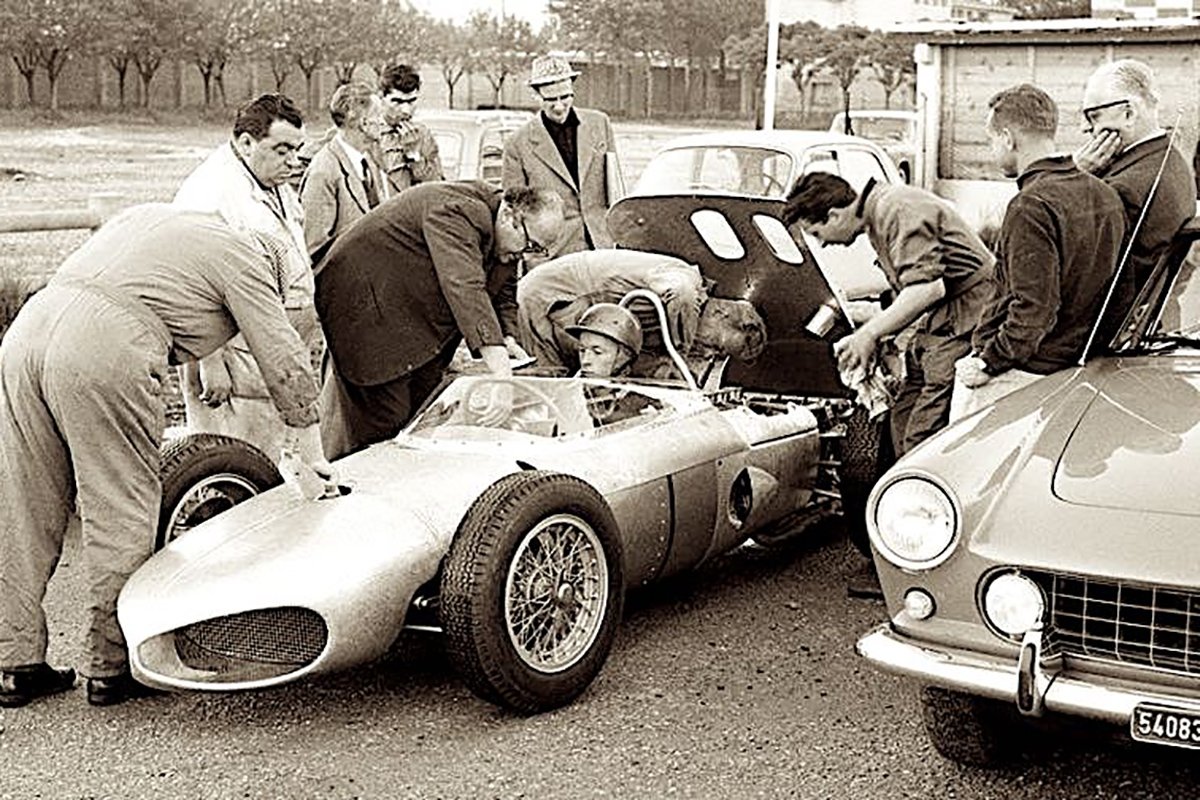 Williams boss Patrick Head in 2004 speculated that his driver Juan Pablo Montoya had already signed a contract with McLaren for 2005. That allegedly over a 2003 French Grand Prix disagreement when Montoya swore at the team over concerns that it had changed strategy to allow the Columbian’s teammate Ralf Schumacher an advantage.

And Motorsport said goodbye to a legend when Maurice Trintignant passed away at 87 years old on 13 February 2005. Trintignant was France’s first grand prix winner at Monaco in 1955 and also won the ’54 Le Mans 24 Hour with Froilan Gonzalez, having raced grands prix in Bugatti, Vanwall, Ferrari, BRM, Aston Martin, Cooer and Lotus, among others.