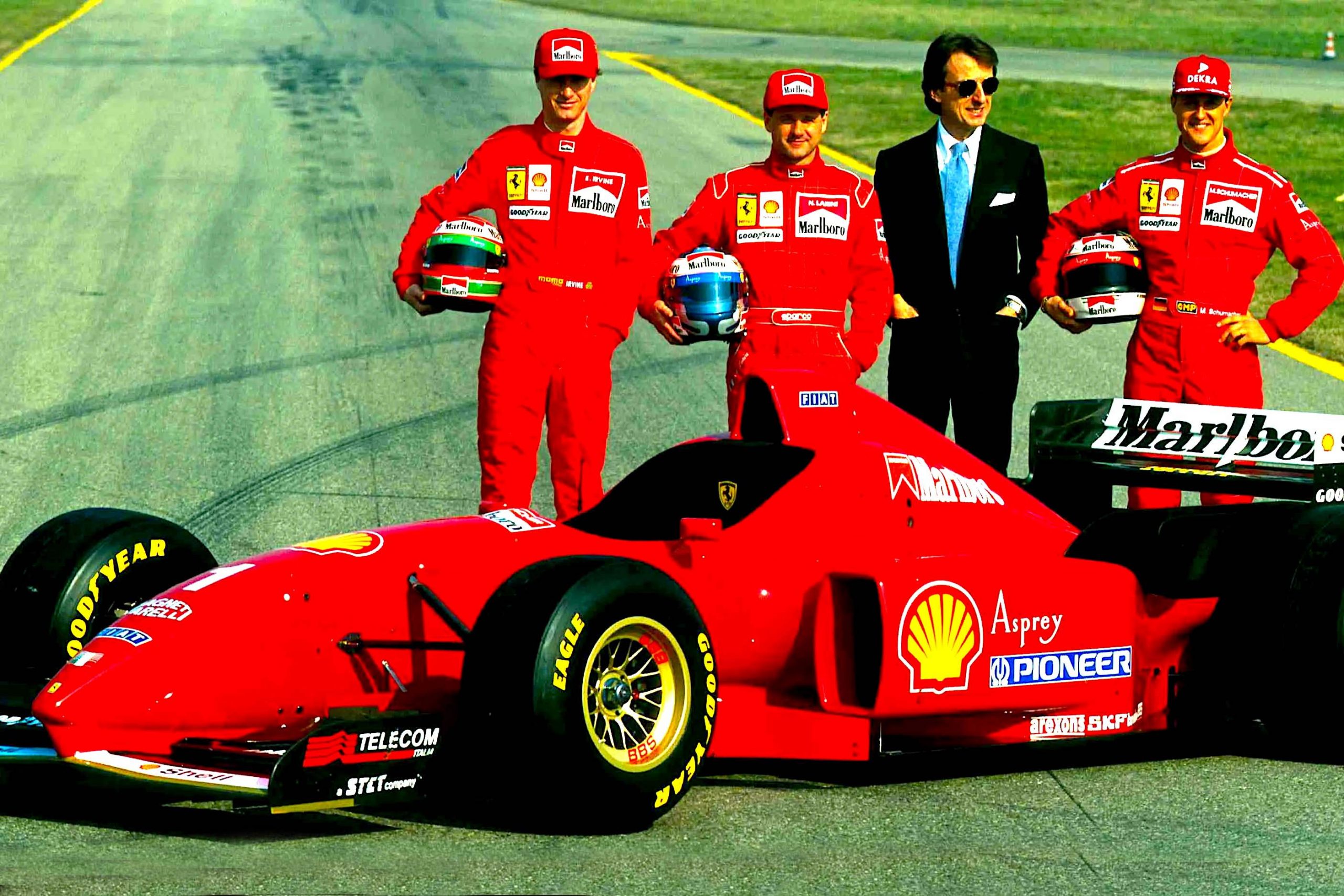 Being mid-February, this time of the year is always big in NASCAR and winter rallying

Red Byron took the series’ first title a week before NASCAR was officially incorporated in 1948. David Pearson finally won a Daytona 500 when he passed Richard Petty on the last lap to win the 1976 race (below), five years before Petty gambled not change tyres at his last stop to win his seventh 500 in 1981.

Bill Elliott dominated the 1987 Daytona 500, but 1998 was significant as Dale Earnhardt finally won the 500 after 20 years of trying. Dale Junior then became the third son of a former winner to repeat his dad’s feat at the Great American Race in 2004, after Lee and Richard Petty and Bobby and Davey Allison. And Matt Kenseth won the 2009 500. 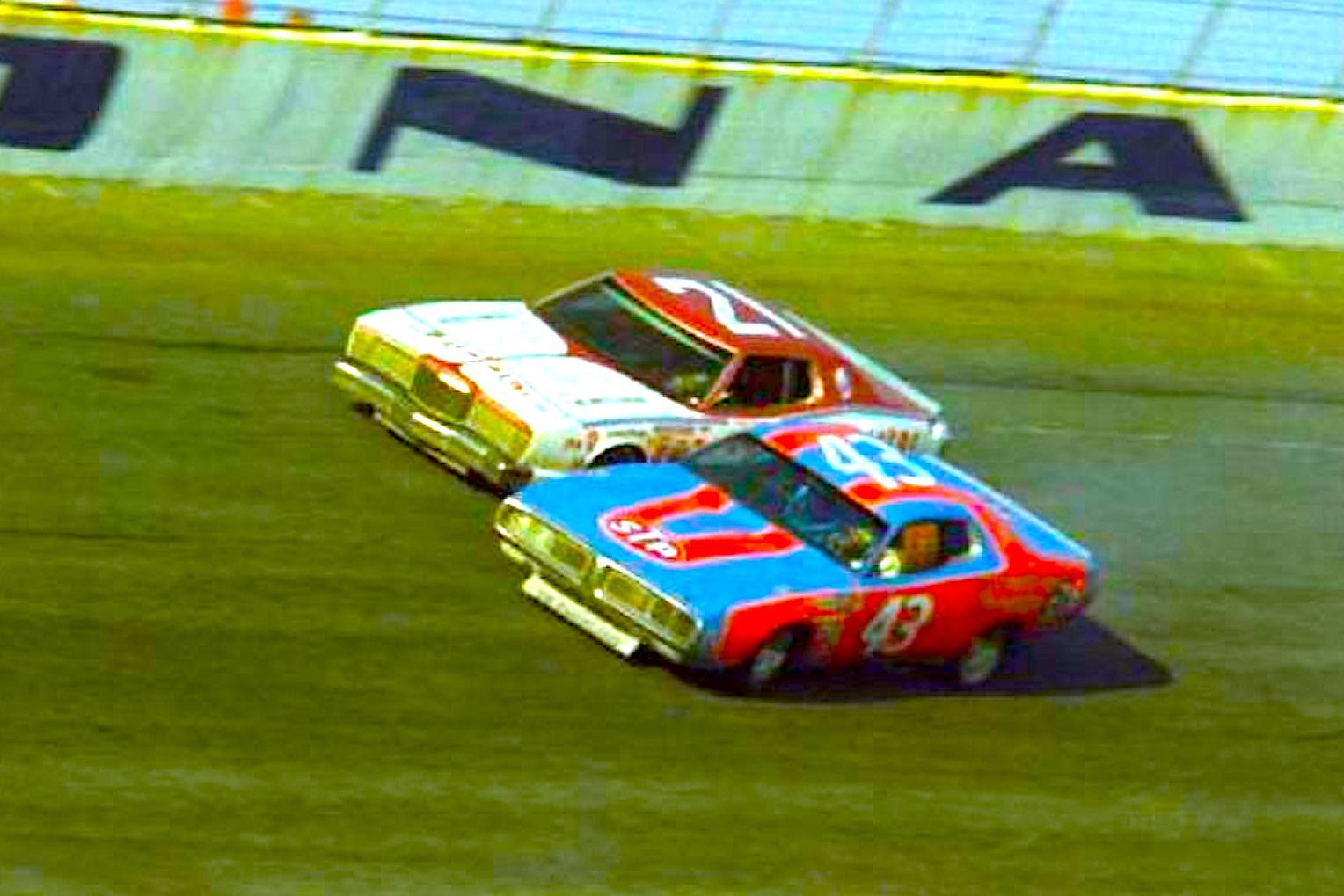 There were also three Swedish World Championship Rallies that ended on 15 February – Bjorn Waldegard won in a Lancia Stratos in 1975  (below), Hannu Mikkola in an Audi quattro in ’81 and Sebastien Ogier in a Volkswagen Polo R in 2015. The odd WRC winter round out on this day was Norway in 2009, which Sebastien Loeb won in a Citroen C4 WRC.

Elsewhere on track, Bib Stillwell took the 1960 Victorian Trophy at Fisherman’s Bend in his Cooper Climax, Bill Thomasen won the ’64 Pukekohe 50 in a Cooper Climax and Kevin Bartlett the 1970 Warwick Farm International 100 in his Mildren Waggott TC4V. And John Cannon drove March 73A/751 Chevrolet to victory at Sandown Park 1976, while across the Pacific, Mitch Evans won the 2020 Mexico City Formula E Prix.

In other 15 February race history, Percy Lambert became the first man to average 100 miles an hour as he covered 103.8 miles in one hour driving his ‘Invincible’ Talbot at Brooklands in 1924, while Art Chrisman broke the 180 mph quarter mile drag barrier with a 181 km/h run in his Hustler in 1959. 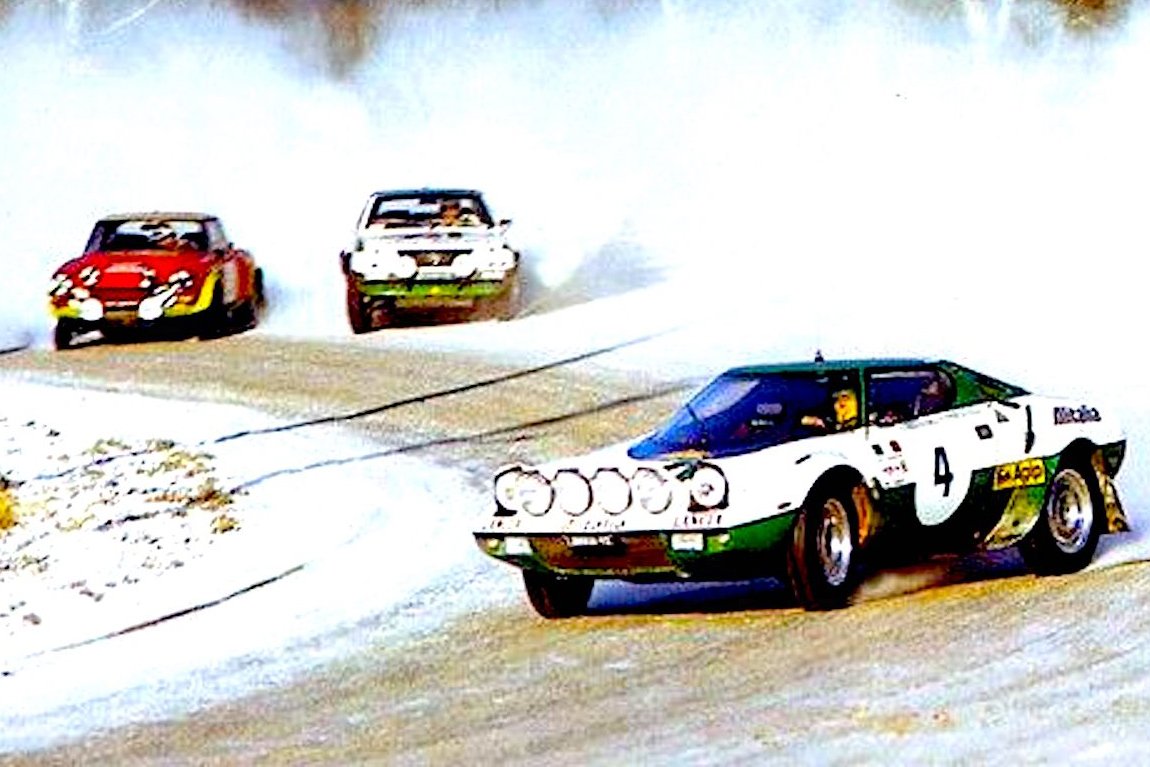 On the day that Graham Hill, Markku Alen, Alexander Wurz and George Russell share a birthday, 15 February was also busy off the track. Ground was broken fora new 2.38-mile US Grand Prix circuit in Dallas, Texas in 1984, while Ferrari unveiled Michael Schumacher’s first and it first V10-powered F310 F1 challenger on this day in 1996 (top). Schumacher would win three grand prix, but Eddie Irvine suffered eight consecutive retirements with the temperamental machine.

McLaren was forced to end its 2005 pre-season testing when Kimi Raikkonen destroyed the brand new MP4-20 early in a Barcelona session. The car however proved competitive as it went on to score ten wins thorough that season in spite of ongoing reliability issues. Takuma Sato and Yuji Ide were confirmed as 2006 drivers for ex-F1 driver Aguri Suzuki’s Honda-funded Super Aguri’s debut Formula 1 season after Sato was replaced by Rubens Barrichello at BAR. The 2003 Arrows-based cars inevitably ran at the back that year.

And in 2007, Renault followed Toyota out of the Grand Prix Manufacturers’ Association as Formula 1 averted yet another threat of a breakaway series. The move stalled their, BMW, Mercedes and Honda’s earlier plot to create an alternative series. It would not be long before the international financial crisis would see BMW, Toyota and Honda flee F1 anyway…

Racing said goodbye to Vincenzo Lancia at 55 in 1937. The man behind the brand was also widely regarded as the fastest driver of his day, initially taking the wheel for Fiat before he established his own car company in 1906. Lancia would later insist that his marque abstained from racing to concentrate on building and selling road cars….