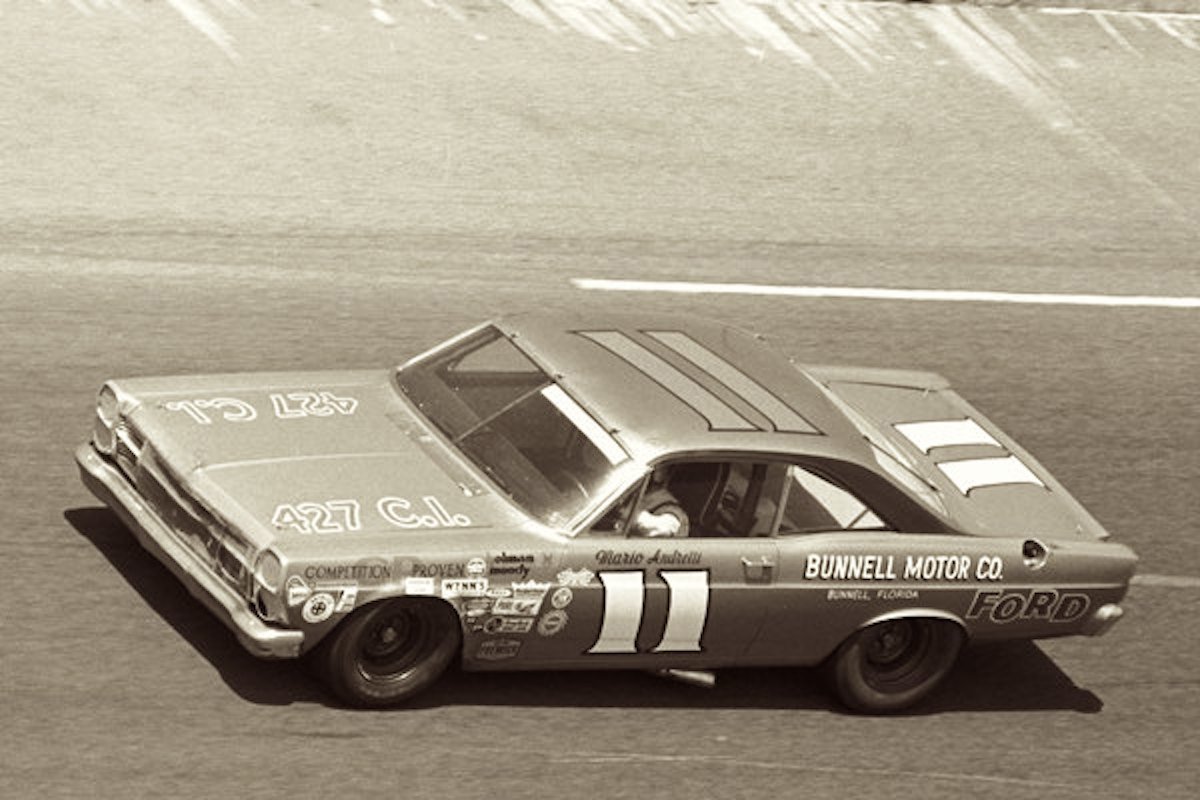 The Daytona 500 is most significant in 16 February racing history around its traditional date.

Marvin Panch won the 1961 500 driving a year-old Smokey Yunick Pontiac, while Mario Andretti (above) took victory on only his second 500 start following a dominant performance in ’68. Benny Parsons, slipped by a spinning David Pearson to win with 2 laps to in 1978 go, while Geoff Bodine took the ’86 win after Dale Earnhardt ran out of fuel with three laps to race.

Also at Daytona in 1964, Phil Hill and Pedro Rodriguez’ Ferrari 250 GTO (30 below) beat off an army of Daytona Cobras to win the 12 Hour. That’s a race Ford forgot in its flick about beating Maranello and one that would soon become double the length and shift into January to make place for the February 500. 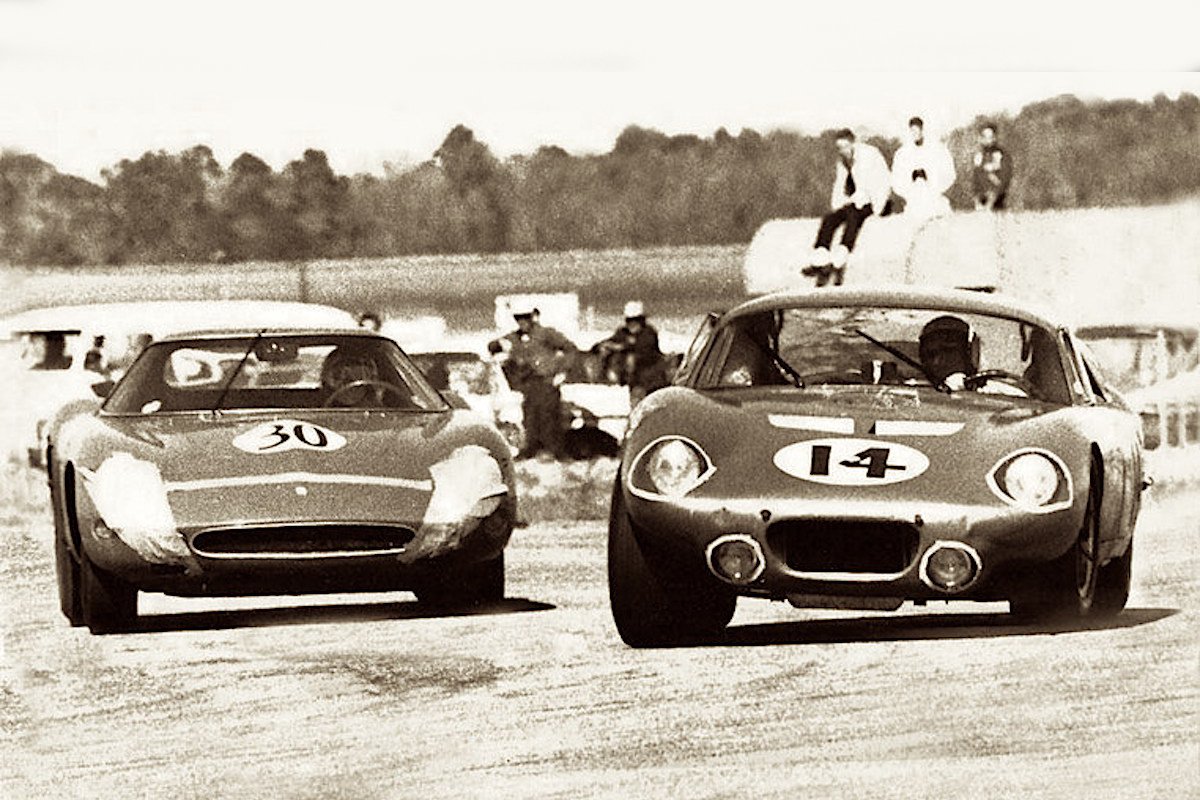 Elsewhere in racing, there was the usual February flurry down under where Jack Brabham steered his Brabham BT7A Climax to 1964 Warwick Farm International 100 honours in Sydney, while Chris Amon took the ’69 Sandown International in a Ferrari 246T (below). Graeme Lawrence won the 1975 Adelaide 100 in his Lola T332 Chevrolet and John Cannon the ‘76 Sandown Cup in a March 73A/751 Chevrolet.

Moving on to the other regular mid-February motorsport highlight, Sweden’s traditional World Rally Championship snow round saw Juha Kankkunen take his Peugeot 205 Turbo 16 to the 1986 win, while Mats Jonsson won in a Toyota Celica GT-4 in ‘92 and Elfyn Evans slid to the 2020 victory in a Toyota Yaris WRC.

On the day that Jean Behra and Jack Sears shared birthdays, February 16 is also the day motor racing’s chequered flag was born. It is said that race starter Fred Wagner waved a black and white chequered tablecloth to Louis Wagner as he was about to win the 1906 Vanderbilt Cup. The rest, as they say, is history! 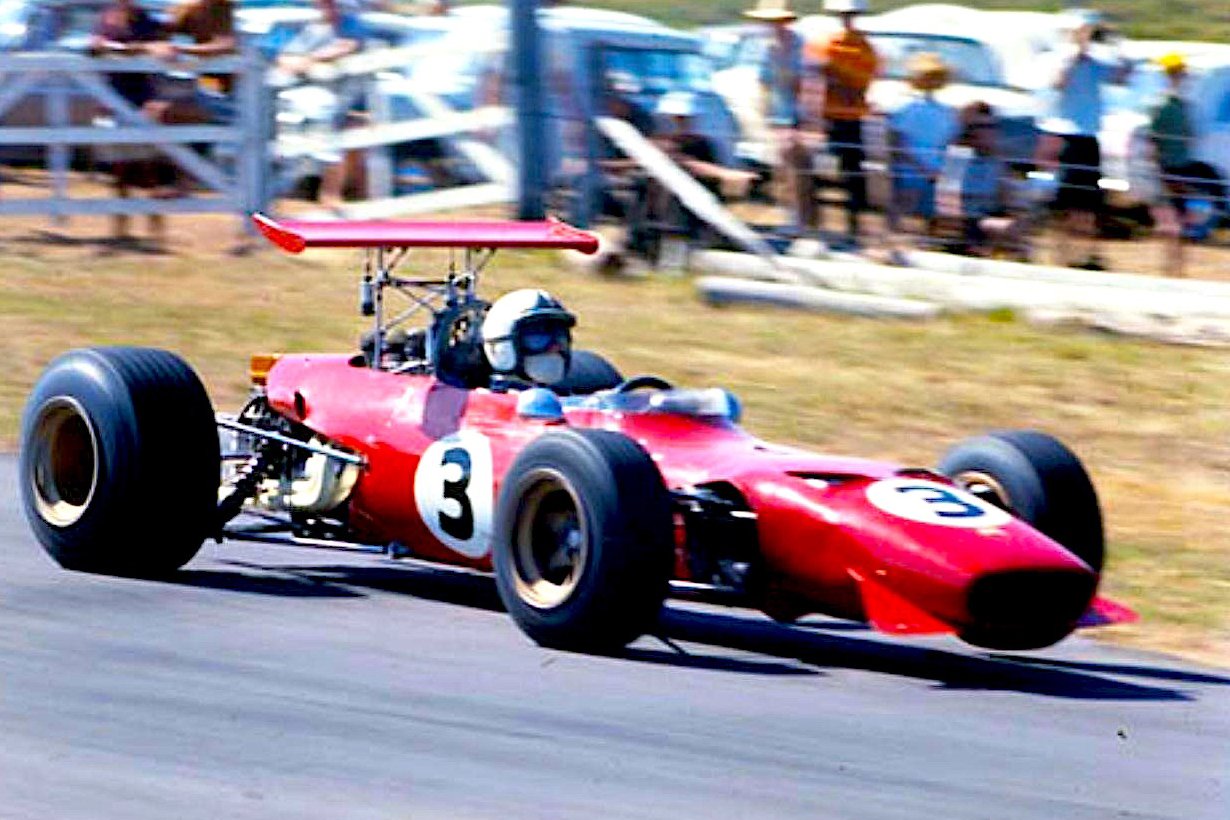 A relatively quiet time on theFormula 1 front, 16 February highlights are limited to Jenson Button avoiding injury when his Williams struck a hadeda bird during 2000 pre-season testing at Kyalami.

And Formula 1 teams in 2001 agreed to lift a ban on traction control that had been in place since 1994 as it had become increasingly difficult for race officials to detect if such a system was illegally in use. The technology was widely welcomed back as a means of levelling the F1 playing field.