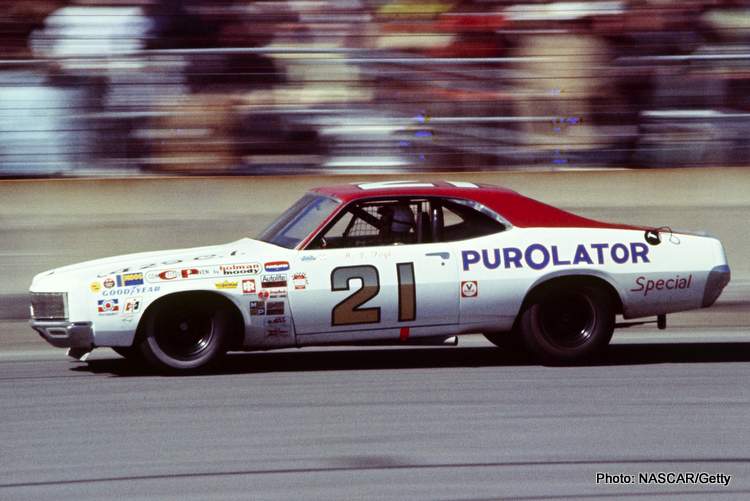 There were no drivers with at least one full season of Indycar Series competition entered in this year’s Daytona 500 race.

However, in the event’s illustrious history, veteran open-wheel drivers have gone to Florida in February and experienced success in the past.

With the qualifier of having at least one full season in Indycarbefore they tried Daytona (sorry, Daytona winners Bobby Allison, Jimmie Johnson and Kurt Busch), here’s a look at the top five performers among Indycardrivers to cross over into NASCAR’s biggest race.

Foyt and Mario Andretti are the only veteran Indycar drivers to win the Daytona 500, but Foyt gets the slight edge for his dominating performance en route to victory in 1972 and a handful of strong runs upfront.

Foyt started second in the No. 21 Purolator Mercury fielded by the famed Wood Brothers and passed pole-sitter Bobby Issac for the lead on the first lap. Foyt never relented after that, leading 167 of 200 laps and beating runner-up “Chargin’” Charlie Glotzbach by one lap. The dominant win landed Foyt on the cover of the next issue of Sports Illustrated.

That performance came on the heels of heartbreak in 1971, when Foyt won the pole and was leading on Lap 162 of 200 when he ran out of gas.

Super Tex also had five additional top-five finishes in the race besides his 1972 victory and won a Daytona 500 qualifying race in 1978. Foyt led 334 career laps in the Daytona 500, still 10th all time.

Andretti and A.J. Foyt were inexorably linked during their respective legendary careers, so it’s no surprise they’re 1-2 on this list, too.

Andretti was the first full-time Indycar driver to win the Daytona 500, in 1967 in his second start in the race. He drove for the powerful Holman Moody team in its No. 11 Bunnell Motor Company Ford and staved off threats from legend David Pearson and Holman Moody teammate Fred Lorenzen to lead 112 laps en route to victory.

The win came despite apparent shenanigans by the Holman-Moody team on Andretti’s final pit stop. Andretti claimed the team held his car on the jacks until team leader Lorenzen took the lead. Andretti was furious and needed just four laps with his eyes filled with red mist to catch and pass Lorenzen on Lap 168, never trailing thereafter.

That was Andretti’s only top-10 Daytona 500 finish in three starts, but two years later he became the first driver to win the Daytona 500 and Indianapolis 500 when he took his sole victory in “The Greatest Spectacle in Racing.”

1996-97 INDYCAR SERIES champion Tony Stewart never won the Indianapolis 500 or Daytona 500, about the only unfilled blanks on his Hall of Fame driving career. But he was often a factor on the high banks of Daytona in February.

“Smoke” first raced in the Daytona 500 in 1999, his rookie Cup Series season with Joe Gibbs Racing after three full-time seasons in Indycar. He didn’t crack the top 10 in the race until 2003 when he finished seventh, but that started a four-year run of top-10 finishes.

Stewart’s best Daytona 500 finish was second after a stirring duel with Dale Earnhardt Jr. in 2004. Earnhardt and Stewart raced in lockstep over the final 20 laps after breaking away from the aerodynamic pack. One bobble would have ruined either driver’s chance for victory, yet neither made a mistake.

Smoke often was a victim of “the big one” at Daytona, crashes involving many cars due to the close proximity of restrictor-plate racing. He started in the top eight in 12 of his 17 Daytona 500 starts, leading 299 career laps in the race. He also won qualifying races in 2005, 2007 and 2012.

OK, admit it: This is one name you maybe didn’t expect to see on this list. But “Dinger” belongs.

Allmendinger raced full time in Champ Car from 2004-06, earning five victories, before heading to the NASCAR Cup Series in 2007. While he has just one Cup Series victory, in 2014 on the road course at Watkins Glen, Allmendinger has produced a solid record in the Daytona 500.

Allmendinger finished third in 2009, the first time he qualified for the race. He matched that result in 2017 and was 10th in 2018, all while driving for midpack teams.

Lone Star J.R. made a sudden impact in 1963 at Daytona, winning a qualifying race right before his first start in the NASCAR classic back when those events paid points. He finished ninth in the 1963 Daytona 500 in a Chevrolet fielded by legendary mechanic Smokey Yunick.

Rutherford finished well outside of the top 10 in his next five starts but ended up 10th in his final Daytona 500 appearance after starting 35th in 1981. (Report by Indycar)