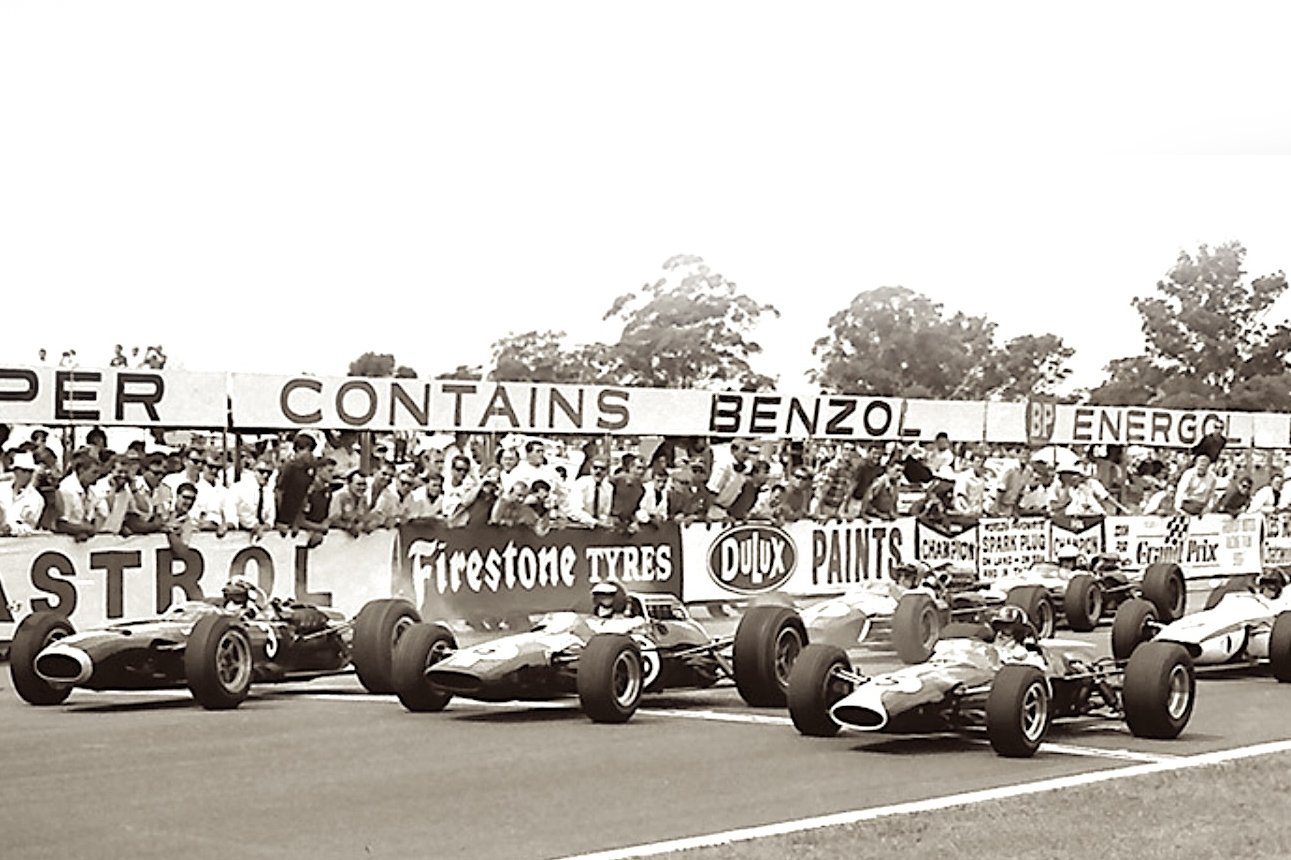 It may have been quiet, but 19 February is an odd day in racing history with a few quaint stories to tell

Marcel Lehoux won the first regular race of the 1933 European season when he took his Bugatti 51 to Grand Prix de Pau victory. Future world champion Jackie Stewart was already showing his class when he racer to victory at the 1967 Tasman Series Australian Grand Prix driving a BRM P261 at Warwick Farm (above), while Warwick Brown drove his Lola Chevrolet to win the 1978 Aussie Surfers Paradise International 100.

Meanwhile at Daytona, Joe Weatherly won the inaugural 10 lap American Challenge Cup in 1961, before Bobby Allison raced his Bud Moore Ford to the 1978 500 victory. Darrell Waltrip finally won his first Daytona 500 after 17 attempts driving car 17 in 1988, while Ernie Irvan passed Dale Earnhardt to win with six to go in ’91.

Sterling Marlin held Earnhardt off to his second straight win in’ 95 and Jimmie Johnson won it in 2006. In other NASCAR action Darrell Waltrip won the 1983 Goody’s 300, which Dale Earnhardt also won in 1994, while Jamie Whincup took the Yas Marina Aussie V8 Supercar win this day 2010.

200 miles an hour was a big number at Daytona on this day. First, way back in 1928, Malcolm Campbell’s 350kW 22-litre Bluebird smashed the 200 mph barrier en route to a new 206.9 mph World Land Speed Record on the Beach. And then Cale Yarborough took his fourth Daytona 500 today in 1984 after he passed Darrell Waltrip on the final lap and outran Dale Earnhardt off the final turn to claim victory as he broke the 200 mph barrier on a closed circuit.

In other 19 February race history Neel Jani drove an F1 car in Bahrain for the first time when he took to the streets of Manamain in his Sauber in 2004 to drum up support for a Grand Prix there. Two years later, Bernie Ecclestone slammed the FIA and F1 teams’ decision to drop 3-litre V10 engines for 2.4 litre V8s in an effort to limit the speed of the cars.

Jacques Villeneuve used his talents outside the cockpit to release his debut album, Private Paradise in 2006. He wrote six of the 13 songs himself, one about his dad Gilles. Elsewhere, Ferrari homologated the 250LM into FIA GT racing in 1966, while notable racers, occasional F1 runner Stephen South was born in 1952, the versatile John Paul Jr. in 1960, Le Mans winner Andy Wallace in ’61 and NASCAR winner Trevor Bayne in 1991.

The Daytona 500 continues to dominate race history on this day. But there was a fair bit of drama too

AJ Foyt won the 1972 500, while Cale Yarborough beat Benny Parsons by a second to take the ‘77 race. Yarborough then took a national audience into victory lane for the first time thanks to an in-car camera in ’83, before Sterling Marlin won his first 500 on his 279th NASCAR start in ’94. Dale Jarrett won it in 2000, Jeff Gordon in ’05 and Trevor Bayne become the youngest 500 winner 2011.

Elsewhere, the real Stig, Blomqvist and Arne Hertz powered their Saab to another victory in the Swedish Rally in 1972 and there was a fair bit of racing down under too. Graham Hill won the 1966 Australian Grand Prix driving a BRM P261 at Lakeside in Brisbane, a race that Graham McRae also won driving his Leda GM1 Chevrolet at Sandown Park 1972. Max Stewart meanwhile won the 1977 Sandown International in his Lola Chevrolet.

The 20th of February has been quite controversial off the track through racing history on this day. Frank Williams, Patrick Head, Adrian Newey and three Imola race officials were charged with culpable homicide on Ayrton Senna’s death in a 1997 Italian trial that would continue a year before all six were cleared of all charges.

Then in 2001 Max Mosley announced he would stand for a third term as president of the FIA — he was successful then and again in 2005 but did not stand again after that following his controversial nocturnal antics in 2009.

If that’s not enough, Ron Dennis accused the FIA of dictatorial behaviour after the governing body banned refuelling and set-up changes between qualifying and Formula 1 races in 2003. Dennis said the governing body was ‘dumbing down’ the sport, but the 2003 F1 season proved the best in years.

Then Kimi Raikkonen took his turn in the news for all the wrong reasons in 2005 following his exploits in a London lap-dancing club, but F1 tycoon Flavio Briatore jumped to the Finn’s defence claiming Kimi was a ‘breath of fresh air’ in F1.

Indycar legend Bobby Unser was born this day 1934 and the Captain, Roger Penske in 1937, while Feruccio Lamgorghini passed away today, in 1993, the same day that top Polish rally driver Marian Bublewicz died in a rally accident.